Dr. Mills, born and raised in Paterson, New Jersey, always possessed a fervent affection for providing urban youth with an alternative perspective on life. As a high school student, he quickly acknowledged the significance of becoming an educated African-American male in his community. He sought empowerment through education, discovering its significance to personal and societal development.

After earning a B.S. degree in Math Education from Montclair State University, Dr. Mills began teaching math at East Side High School in Newark, New Jersey. While working full-time, he earned a Master’s of Educational Leadership at American Intercontinental University and later a doctoral degree in administration, policy, and curriculum from Seton Hall University. Later, at Malcolm X Shabazz High School in Newark, Dr. Mills served for two years as Math Department Chairperson and one year as Vice-Principal. At the age of 27, Dr. Mills was made Principal of this school, one of the most troubled in the Newark Public Schools District. With a history of low-test scores, MXS was threatened with the possibility of closure. Dr. Mills formulated a strategy of education reform, using his strengths as an accessible and relatable leader to recreate a safe school atmosphere where students and staff believed again in themselves, their school, and in education. Under his leadership, test scores drastically improved. School pride and a sports culture were also restored. The school’s turnaround has been featured in the Sports Illustrated award-winning series “Underdogs,” NBC’s “Positively Black,” an Emmy award-winning documentary “Saving Shabazz” produced by NJ.com, and articles by The Atlantic, Fortune, and Crain business magazine.

Dr. Mills not only serves as Executive Director of CAPS Paterson but also leads Academics across the CAPS network. 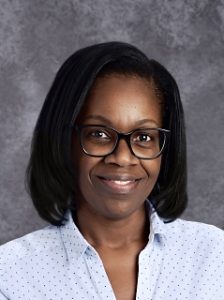 Since a young age, Ms. Cook has possessed a love for education. She long aspired to play a vital role in the successful operation of an educational institution and now leads operations at CAPS Paterson.

Ms. Cook earned her Bachelor’s Degree from William Paterson College and her Master’s Degree from Montclair State University. She began her career in education in 2001 as a Substance Awareness Coordinator for elementary students within Newark Public Schools (NPS). After 16 years of service with NPS, Ms. Cook joined the College Achieve Paterson staff as one of the founding members of the administrative team.

Ms. Cook prides herself in her work. She says the most rewarding part of her job is knowing that her day-to-day work contributes to quality education for today’s youth. In her free time, Ms. Cook enjoys spending time with her children and grandchildren and being outdoors. Dr. Phillips earned a B.A. degree in both Communication and African Studies from Rutgers University before completing a master’s degree in Education Administration program at Grand Canyon University. Dr. Phillips acquired her doctoral degree of Education in Organizational Leadership from Grand Canyon University in December 2020. In 2003, Dr. Phillips began her career in education serving Paterson students as a first-grade teacher. During these years, she worked to instill the importance of education and make long-lasting connections with students while using an individualized, differentiated approach to develop student growth.

Between 2015 and 2018, she took on the challenge of many leadership roles, including Assistant Director of Academics, Curriculum Supervisor, Master Mentor Teacher, and Professional Development Coordinator.  It was during this time that she realized that student performance was hindered by teachers leaving the school either to pursue roles in traditional public schools or leave the field of education altogether. This pattern of turnover left a negative impact on the students and school, resulting in inequitable outcomes. With an eagerness to work towards teacher retention, Dr. Phillips studied the role of influencers on this pattern and developed a plan to decrease the turnover rate in her school. The resulting yearly 97% teacher retention rate throughout her tenure as school leader improved instruction and led to consistent student gains.

Currently, Dr. Phillips leads the K-5 program at CAPS Paterson as the Director of  Elementary Education. Her leadership style is marked by poised, effective communication and the promotion of staff collaboration toward shared goals. She frequently mentors teachers, drawing on her own experience in the classroom, modeling for them, and challenging them to implement rigorous, data-driven instruction.

Dr. Phillips also serves as a Content Expert with Grand Canyon University and as a committee member on the Rutgers Graduate School of Education’s Advisory Council. She is the founder of J.S. Phillips Educational Consulting. 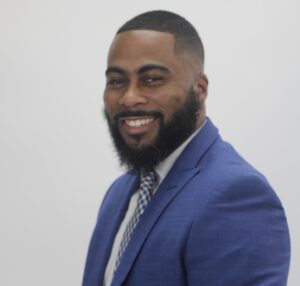 For the past two decades, Mr. Denard has worked as a teacher, teacher-leader, and Principal in Paterson and Newark, N.J. Mr. Denard is a Newark-born educator and graduate of University High School (’99). He holds a B.A. in English and Secondary Education from Kean University (’04) and an M.A. in Educational Leadership, Management, and Policy from Seton Hall University (’08). He was a middle and secondary English teacher before accepting a position as a Humanities Department Chair in 2009.

In 2013, he completed the Pre-K – 12 circle, so to speak, serving as a Vice Principal of a Pre-K-8 school in Paterson, NJ. In just one year, that school saw an increase of 20% in ELA and 40% in mathematics. After two years there, he served as the founding principal of a brand new school for young men in Paterson, NJ. In that role, he and his team developed the theme, vision, and curricular design for the school. Mr. Denard eventually returned to his hometown to serve as a high school principal until 2020. He is on the board of trustees at the Marion P. Thomas Charter School and has worked with MAT students entering the field of education at both Concordia University and Eastern Oregon University. Mr. Denard currently serves as the Director of Teaching and Learning at CAPS Paterson, where he also oversees the middle school. 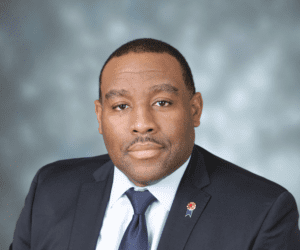 Dr. Denis is a conscientious, caring servant leader who provides students, teachers, and administrators with research-based methods of instruction. He has extensive training and expertise in Closing the Achievement Gap. He served as a Mathematics Teacher, Basketball Coach, Math Department Chair, Supervisor of Mathematics, Assistant Principal, Coordinator of School Safety and Student Affairs, and High School Principal.

Prior to completing a doctorate degree at Saint Elizabeth’s University, Dr. Denis earned a Specialist Degree in Curriculum and Instruction from Argosy University in Atlanta, GA, a master’s degree in Education (Supervision/Administration) from St. Peter’s University, and earned a Bachelor of Science Degree in Mathematics from Kean University.

Dr. Denis has served as Vice President of the Board of Trustees for the Gray Charter School and on the Super Essex Conference Ethics Committee. He is the recipient of the following awards and recognition: